By the end of 2019, WPA3 will be available on the majority of recent mobile devices, as it will be preinstalled or appear as part of a software update:

Uniquely, amongst Network Equipment Manufacturers, Keenetic delivers all the advantages and support for WPA3, WPA3 Enterprise and OWE in the KeeneticOS 3.1 update. This free update is available for all of the current Keenetic product line of Wi-Fi 4 (802.11n) and Wi-Fi 5 (802.11ac) devices. While most manufacturers suggest buying expensive high end next generation devices to take advantage of the latest advanced security features of WPA3 no other vendor has offered them for their entire product range of home routers in time for the mass market shift to the new security standard. 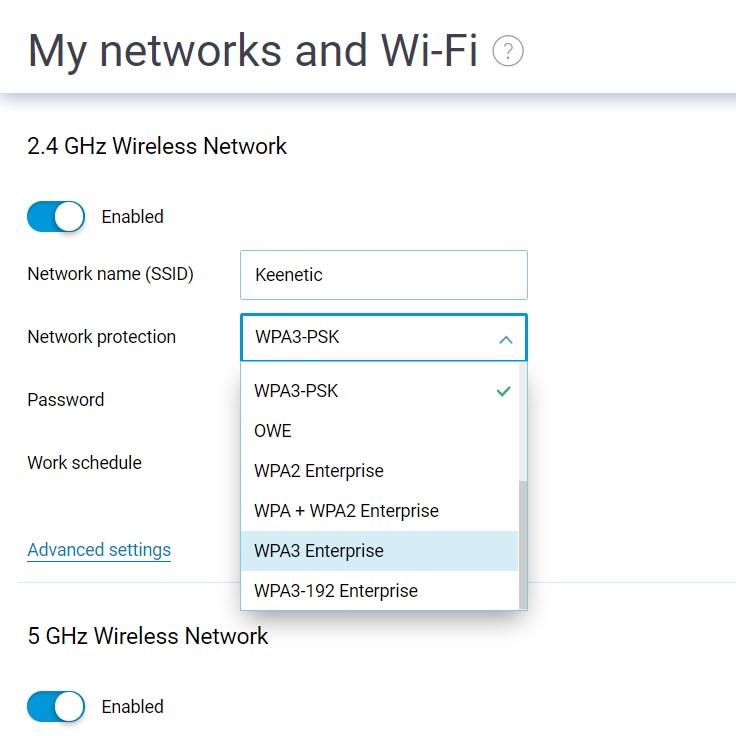 For user convenience and the smooth migration toward better Wi-Fi security, Keenetic also offers WPA2/WPA3 mixed-mode. This allows older devices that use WPA2 to work alongside newer devices that utilize WPA3 authentication.

Please note the WPA3 security protocols for Keenetic products, announced here, work equally well for Standalone Routers and within the framework of a Wi-Fi system with seamless roaming.